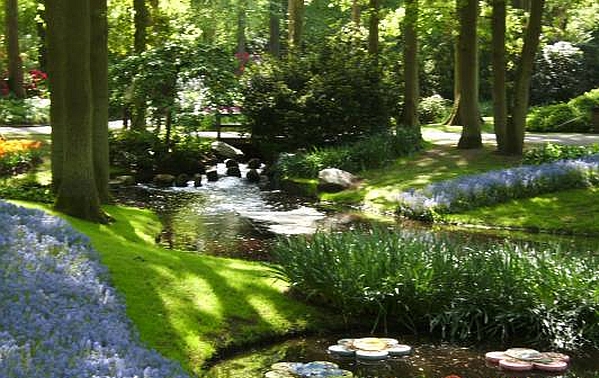 Don’t you just love Spring? After a drawn, dark, dreary season of winter everyone yearns for it. The days grow longer, the temperature warmer, and we begin to put a little spring into our step. We may even do a bit of spring cleaning as if dusting those wintertime cobwebs out from amongst the blustery mind-like shadows in our heads.

If we were to take a few moments to look out the windows of our imagination, what would we see? Well, since its spring, we might envision crisp clear blue skies with rolling hills covered with green grassy pastures and bright new leaves budding on limbs from ambitious stalwart trees. We might imagine bees buzzing, birds tweeting (yes tweeting), and butterflies flying in the air without care.

Yet one of the most prized possessions of the season of spring are its flowers. Yeah sure, go ahead and sneeze if you have to, but seriously, aren’t flowers part of the reason why we love spring so much? It’s like our world comes back to life and takes on a melodious color!

Take the Tulip for instance.

The Tulip was originally a wild flower grown in Central Asia. It was first cultivated by the Turks around the year 1000 AD then the flower was introduced to Western Europe and the Netherlands in the 17th century by a famous biologist from Vienna named Carolus Clusius . In the 1590’s he became the director of the Hortus Botanicus, the oldest European botanical garden found in Holland.

Mr. Clusius was hired by the University of Leiden to research medicinal plants and while doing so, he received some bulbs from a friend who happened to be the Ambassador to Constantinople (presently Istanbul). The friend had seen that beautiful flower called the tulip, (from a Turkish word for turban), in the palace gardens and sent a few to Clusius for his garden in Leiden. Then Clusius planted them and this was the beginning of the amazing bulb fields we see today. 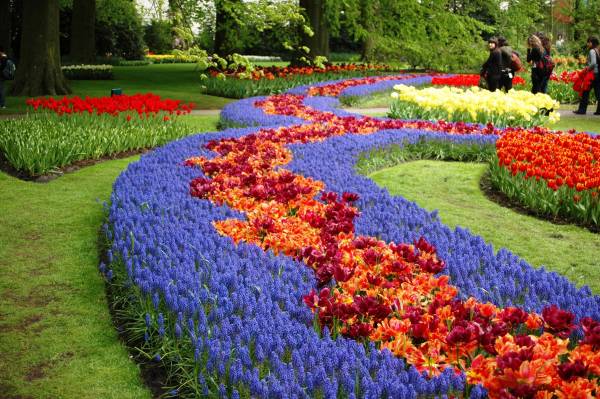 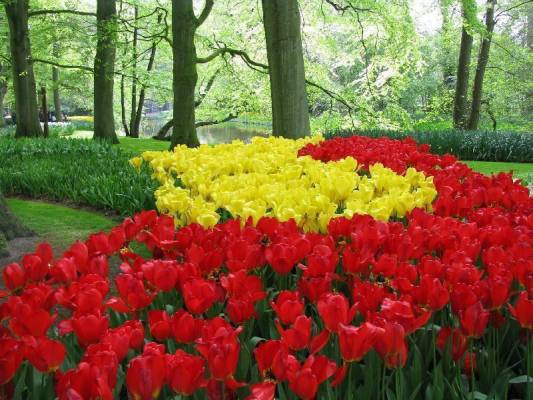 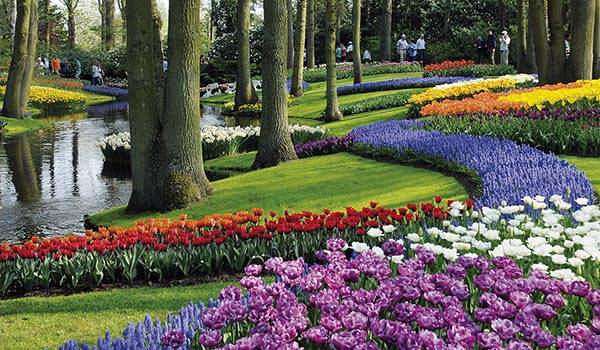 It is in the Netherlands, far from our fictional imageries, that the most renowned display of these beautiful flowery gems blossom in a truly exceptional park called Keukenhof. Keuken meaning kitchen in Dutch, thus Kitchen house or Herb garden in English. More than seven million tulips, hyacinths, daffodils, gladiolas, and other bulbs planted each year form a glorious décor in such an abundance of colors and fragrances, why there is nowhere on the face of the earth quite like it.

Flower lovers from all over the world flock to this country’s most spectacular bulb fields. This is where you can enjoy the ultimate feeling of spring, the wonderful works of art along with its inspiring flower gardens and the best in organic expressions.

Because Poland is increasingly becoming an important market for these incredible Dutch flowers, this year’s theme is called “Poland, Heart of Europe.” Among the highlights for this year is a special exhibition of a 39-by-65 foot portrait made from 50,000 red, orange and purple Tulips that make up a mosaic of Frederic Chopin and a special theme route. Who knew classical music and romance form a whimsical combination with flowers!

So as we clear out those shadowy cobwebs of our mind from last winter, let’s use our colorful imaginations to buzz with lots of conflict and action. Let’s keep our blogs fresh with activity and tweet like birds in support of one another. Let’s write like butterflies and fly free in the air of creativity. Let’s make like beautiful flowers and perform in a springtime melody!

So what do you think? Has your mind been a bit cluttered lately? Are there shadowy cobwebs lingering in your mind from last winter? Or are you abuzz with lots of colorful creativity! Is your blog active and are you tweeting to support? Let’s help each other to be creative!

38 thoughts on “Perform in a Springtime Melody!”