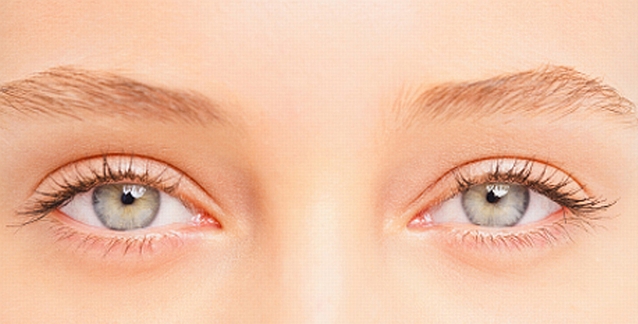 
Okay, maybe I should be more specific here.


As a woman, do you ever feel like you’re misunderstood?

Do people look at you as if you’re talking to them in a foreign language? More than likely this attitude comes from people you’re the closest to, people who live right beneath your very nose. Member’s of your own household gaze at you as if you’re a three headed monster. And the worse culprit of them all? Yep, you’ve got it. The man in your life.

Let’s face it. I don’t think we can argue the fact that we woman are walking hormones. With an ever so slight, flip of a switch, an imbalance can throw our emotions to one extreme or another. One may never know what to expect.

Hee, hee, hee. You know what I say? Why be predictable. Boring!

Yet, have you ever asked yourself if men are really meant to read women’s emotions?

There’s new research that suggests men do struggle to read women’s emotions — at least from their eyes. Yes, there’s a new scientific finding that shows men have twice the problem figuring out women’s emotions from looking at their eyes verses those of men. Apparently, the part of the male brain that is tied to emotion didn’t respond as strong.

Oh, I get it. Now there’s scientific evidence that woman are double the trouble.

Great, that’s all we need.

Now hold on just a minute. Let’s see what they actually said before we all get worked up about this.

Although the popular thought is that men and women come from two different planets, both sexes are somewhat similar. Yet, regardless if one comes from Mars or Venus, small studies have implied that men have difficulty with intuition and predicting what women think and feel.

Okay, so how do they know this?

This is the cool part.

Researchers in Germany put 22 men between the ages of 21 and 52 to the test. Using a magnetic resonance imaging scanner, they measured their brain activity when the men looked at images of 36 pairs of eyes. Half of them were women and the other half men. Then they were asked to use two words that best described the emotion the eyes portrayed, whether a neutral or negative emotion.

They found that men took longer and had more trouble guessing the correct emotion from a woman’s eyes. They responded stronger to men’s eyes and the results showed that when it came to fear and empathy, their brains activated differently when looking at a man versus a woman’s eyes.

It seems that men are worse at reading women’s emotions. So theoretically, this mental deficiency could lead men to have less empathy for women rather than men.

Hmm. How did this happen? I mean, mental deficiency? Really? I don’t know about you girls, but I find this very shocking. 🙂


Well, the answer is not totally clear. It is thought that this behavior in men could be hard-wired—that through the years it was more important for men to develop the ability to anticipate the intentions and actions of their male adversaries. Thus men have been conditioned to pay less attention to women’s emotional indicators due to their hunting and territorial nature.

All these years women have been taking the blame for something that’s been embedded in men’s brains only to find out it’s not us. And the great news is women now have the scientific research to back this up! This just validates what women have known for years. I couldn’t wait to share this with you. This is exciting news!

So the next time that certain someone makes you feel misunderstood, have them look you straight in the eye and tell them there’s more than meets the eye here baby!

So what do you think about this study? Do you find yourself misunderstood? Do your loved ones look at you as if you have three heads? Are your planets in alignment with your loved one or do you find them in disarray? When talking to others, do you find it helpful to look them straight in the eye? And do they in turn make eye contact with you?

Thank you so much everyone for sharing your many fine thoughts and comments!
Karen


For more information about this subject please go to http://www.plosone.org.

28 thoughts on “More Than Meets the Eye”