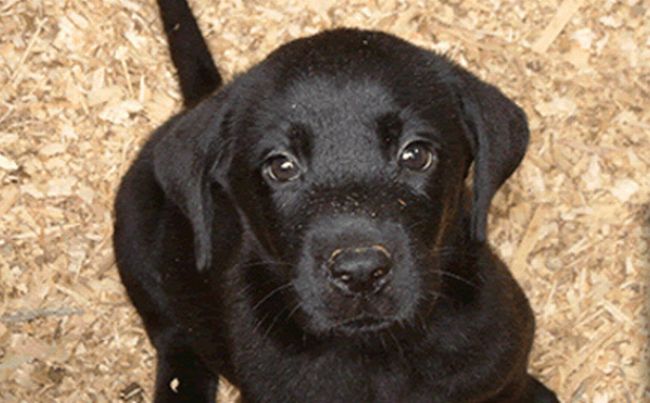 I am sooo cute! But you won’t believe what happened to me.

You are sitting in a car with your family at a red light as you watch a slow train passing by. Then suddenly, out the corner of your eye you catch a glimpse of something familiar, yet completely out of place.

At first it appears to be a pile of garbage on top of one the many double-stacked train cars. But as you look closer you realize that it isn’t a mound of garbage, but actually something that resembles a puppy.

You do a double take and look again—it is a puppy!

The train had departed from a Pennsylvania railway station and was in route on its way to Atlanta. While making its journey through a small South Carolina town, a woman called 911 and reported that she had just seen a puppy riding on top of a Norfolk Southern train.

Now typically one might expect to see a vagabond, a free-loader riding the rails from time-to-time, but a puppy? “Yes,” the woman had said to reassure the powers that be, that indeed it was a puppy and not a mound of garbage because they had seen it move.

The woman and her family continued to follow the train for six more miles in their efforts to help rescue this sweet little three month old chocolate Labrador retriever. And by the time authorities had shown up on the scene, the train was traveling at a steady speed of 50 mph.

It took awhile, but only then when the train had stopped was a fireman able to climb up a twenty-four foot extension ladder to rescue the puppy. The poor thing was scared to death and had licked her way to a happy deliverance.

To this day no one has any idea where her outing began or how long a ride she had taken. Thankfully this story had a happy ending, for the woman and her family chose to adopt this lovable puppy and decided to name her Boxcar Hunter or Boxey for short.

When it comes to puppies, one of the first words that might pop into our minds is “adorable”. Their innocent eyes stare into our own and give us something back that doesn’t always occur with our fellow human beings—unconditional love.

And maybe that is why we love our animals so much. Not that they ever would take the place of our family and friends. Oh they can be stubborn of course and are totally depended upon us much like our own children. But when it comes to receiving their warm affection and true blue loyalty, there’s nothing like it in the world.

So whether they’re riding on trains or rails, we will always love Puppy Dog tales.

So please tell me, what do you think? Do you love animals? Would you have called the authorities, then raced after a train in the attempt to save a puppy’s life? What kind of animal do you have? And to what lengths would you go or have gone to save an animal’s life?

A big shout out to Kristen Lamb and all my new #WANA classmates and friends. And a warm welcome to all others that may grace my presence by visiting this post. Take care and make it a great day!