This is the story of a town named Williston, North Dakota where you can find a job, but you might just find yourself homeless. 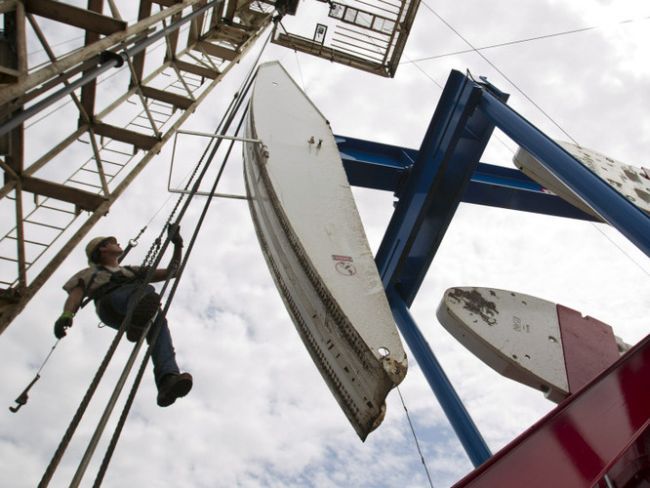 Williston is America’s newest oil boomtown with more than 6,000 job seekers coming from every corner of the country looking for work. Yet, oil companies and other developers haven’t been able to build housing fast enough. In the past year, only about 2,000 new units have been built, leaving many workers seriously out in the cold.

With dozens of job seekers arriving by the day, leaving fewer and fewer places for them live in, people are taking desperate measures. If they can’t find a vacant room at a nearby hotel, some are finding themselves sleeping in their cars or in sleeping bags on patches of grass along the main highway. Only a chosen few have snapped up cots in dormitories, an emergency shelters known as “Man Camps” that oil companies have built to house their workers.

Though living conditions may not be quite up to standards, some of these workers are lured into this way of life because of the high unemployment rate. With the security of doubling or tripling their wages, workers feel it’s compensation for the physical or mental turmoil it can make.

Many are pulling down six figure salaries, but have been forced to leave their families behind. One man lives in a white room cubicle of 160 square feet, room enough for a steel framed twin bed and a picture on the wall of his daughter. He has hopes of moving his family to the area and is waiting for an apartment suite at one of the local hotels, but it won’t be ready for occupancy until February. The rent—a whopping $6700.00 a month. The price you pay in Boomer town to keep your family together.

It was just this past July that a man named Matt was transferred from a Walmart store in Minnesota to the Walmart in Williston, more than doubling his salary. When he arrived, after realizing there was nowhere to live, he bought an RV and soon the store’s parking lot had become the closest thing to home he was going to see for quite some time.

Each day Matt is forced to buy something from his place of employment in order to justify his reason for staying there. Then at night he and his new neighbors bring out their lawn chairs, fire up the grill, drink down some beers and share their stories. Stories about hope and what they’ll do with all the money they’ll be making from the black gold.

“Some people look at us like we’re homeless,” he said. “But anyone who needs to can find us. We have a street address: its 4001 2nd Ave., Walmart.”

Though it doesn’t sound like there’s a recession going on in this modern gold rush town, somehow one can’t help but think of what sacrifices these people have had to make in order to have a job and put a roof over their family’s heads.

So please tell me, what do you think? Many of us may know someone who has been affected by this economic downturn. Perhaps it is a neighbor, a friend, or maybe a member of our own family. Doesn’t this make us feel grateful for the little things that we may take for granted while we’re busy taking care of the more important things in our lives?

Thank you for your many thoughts and kind comments everyone!

A big shout out to Kristen Lamb and all my new WANA classmates and friends. And a big thanks to all others that may grace my presence by visiting this post. Take care and make it a great day!

42 thoughts on “My Address is the Walmart Parking Lot!”