This is what I try to tell myself everyday as I work on my manuscript. Don’t worry Karen about that piece of crap you’re writing. What really matters is how it comes across at the finish.

Since I feel so overwhelmed by this whole process, I thought I’d try to draw some inspiration from NASCAR driver Danica Patrick and the Daytona 500. 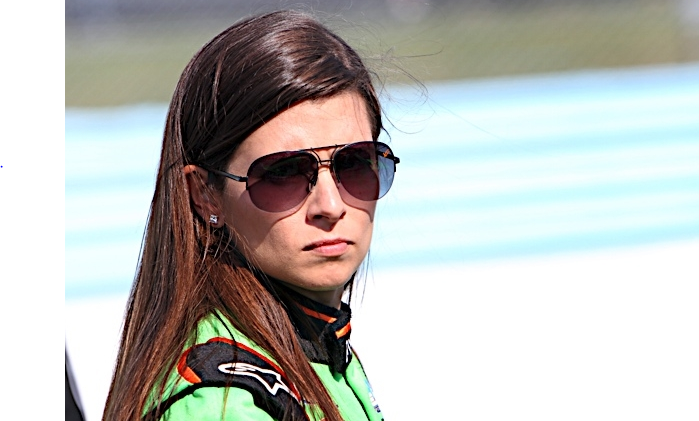 Oh, what do I get myself into?

I wrote a story a couple of years ago and sent it to an editor for an opinion. Ha! That was the brainless idea of the century. Okay, maybe a decade. But, what was I thinking? I crashed and burned. I got creamed. My little heart was smashed into pieces. Thankfully he did it with humor. But in the end, I was bleeding. It was a painful experience, really. I was a horrible mess. I thought I’d never see daylight again as I licked my wounds under the duvet with a box of Kleenex.

I had made every mistake in the book a new writer makes. Only I didn’t know it. The editor never told me. I felt like an idiot and for months I was devastated. I lost my confidence. And it took away something else from me—the willingness to just let it rip, to let creativity flow and allow myself to make mistakes. I then became my own worst enemy.

Yet, as time went on, I regained a measure of confidence. I started writing again. But this time, I was more prepared. I equipped myself by reading a number of craft books. Then off I went with vivacious verbosity, laying the foundation for another story.

I was halfway through when I took a craft class from Bob Mayer. During the class I had an Aha moment. In one of his lessons, Bob asked the question, “Do you finish what you start?”

It caught me off guard. I was not prepared to answer his question. Why?

Because when it came time to asking myself that important question, had I really finished what I had started? No, I had not.

After my defeat, I put my focus on another project. I had run away from the challenge–the challenge to finish what I had started. After all, my failure was only a first draft. Yes, I had sent a first draft to an editor.

Now I ask you, who does that sort of thing?

So, after finishing Bob Mayer’s class, I jumped right into Wana and Kristen Lamb’s Blogging for Brand class. I was now going to create my own platform. Yet, I didn’t even have a book to launch. But I was determined to make this work and gain experience.

During this time, I met a friend of Kristen Lamb who lives in England, Donna Newton. In fact, she was the first guest on my blog. After getting to know one another, she asked me to send over the bullet points from my first manuscript. After she read them, we had our first Skype session. And she was excited.

“There’s a story here Karen. But…”

What? You thought there wouldn’t be a but?

But she liked the story!

Yes, but…“you’re not showing it and I’m not going to let you get away with it! In order to do this, it needs a lot of revision.”

Then she asked me, “Will you be up to the task? Or do you want to throw the manuscript into the drawer?”

The drawer? What is the drawer really? Is this a code word for crap?

Well, I had to ask myself, what would Danica Patrick do?

It was only last year that Danica was forced to start in the back of the field after crashing during her qualifying race and was caught up again in a crash on lap three of the Daytona 500.

But did she give up?

No. She forged ahead. And since she made her debut in the same race last year, Danica Patrick will now lead the field to the green flag for this year’s 500 after qualifying at Daytona International Speedway. Danica posted the fastest speed at last Saturday’s two qualifying practices and she’s the first woman to win a pole position in Sprint Cup Series history.

People may say what they want, but this woman driver has earned her way to first position.

Now I’m not saying that this is my quest. It has never been my dream to be the fastest car in front of the pack. But if I can duplicate Danica’s persistent drive and attitude, I may just have a chance to write a pretty good story.

So I have to keep reminding myself, the race isn’t over yet. I’m in it for the long run and “it’s not how you start, it’s how you finish!”

So what do you think? Do I have what it takes to make it over the finish line? Or should I shoot myself now and get it over with? To what extent have you had to revise an MS, past or present? What sage advice was given to help pull you through the process?