Every day we write. Day in and day out, week after week, month after month, we write.
For some of us our thoughts come easy. For others, maybe not so much.

Some of us write or hope to write for a living, whereas many of us write because we just love to write. We love the rush we get when our characters come to life. We love when they expose their inner flaws and personalities that will lead us through the labyrinth of a wonderful story.

And sometimes it’s quite a narrative. Not your everyday fish story. Yet, perhaps a whale of a tale. Or so we hope, since that’s what keeps us writing, right?

Well, here’s a cool story, a phenomena really, or should I say Whale of a Tale though it wasn’t an animated film by Disney, nor did it involve a Bible character by the name of Jonah, or an epic yarn in the hunt for Moby Dick.

Every year, roughly 24,000 Pacific gray whales migrate between Baja California to their Arctic home, an annual round trip journey of nearly 10,000 miles. For that reason, Dana Point, which lies on the most southern tip of Orange County along the California coastline, has their yearly Festival of the Whales in early March.

Most of the whales have already passed by, except for a few stragglers, the mothers and babies that hold up the rear. Gray whales are not the largest, fastest or deepest diving whales, but they have the ability to adapt to life at sea and take advantage of the many niches along the coast that other whale species cannot.

Normally, during this part of the year, the weather is cool, so there’s not many people along the shore. But because of the unseasonal warmth that the west coast has experienced, a large pod was spotted in a cove in Laguna Beach recently. 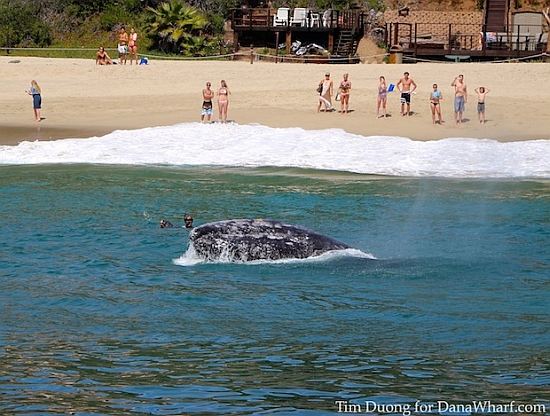 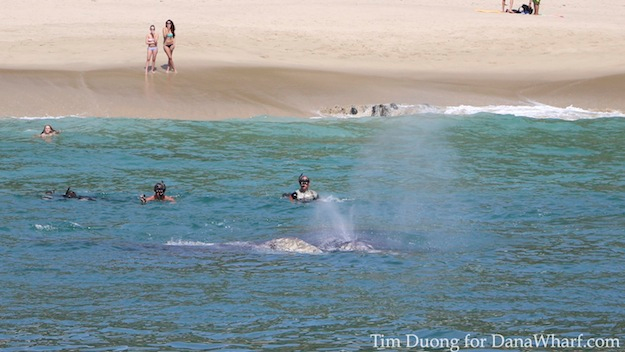 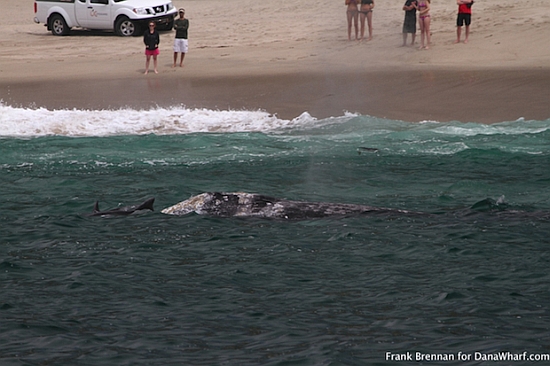 As you can imagine, because this wasn’t Maui, this caused quite a lot of excitement and the perfect fish story.

Yes, a whale of a tale. Now if I can only write this into my narrative. Now that would be a story!


So what do you think? Have you ever been to Maui or whale watching? Have you ever snorkeled or had the opportunity to swim with big fish? What’s the biggest fish story you’ve ever heard?

And if you’re ever in the neighborhood, take advantage of the whale watching skills of Dana Warf. You will have the time of your life! 🙂

Here’s the song “Whale of a Tale” sung by Kirk Douglas from the Disney movie “20,000 Leagues Under the Sea.” The link was provided by Patricia/Jansen Schmidt in the comment section below. Thanks Patricia!